They had gotten engaged over Christmas. But with the ongoing pandemic they decided to hold off on the big wedding and planned an intimate wedding instead. With Brian's parents having just finished renovating their beach house and both of them individually having spent a lot of time in Balboa Island, they knew just where to have it.

So in the middle of the week, on a Wednesday, they exchanged vows on a balcony with boats passing by as witnesses along with their parents and two dachshunds as official guests.

Afterwards we took the short Balboa Island ferry with Brian and Marisa, taking photos along the way. Listening to them reminisce of their times spent on the island, of summers boating, of the route where they'd take their dogs on walks. Once we got back to the house an intimate dinner setting was ready for them and their parents. 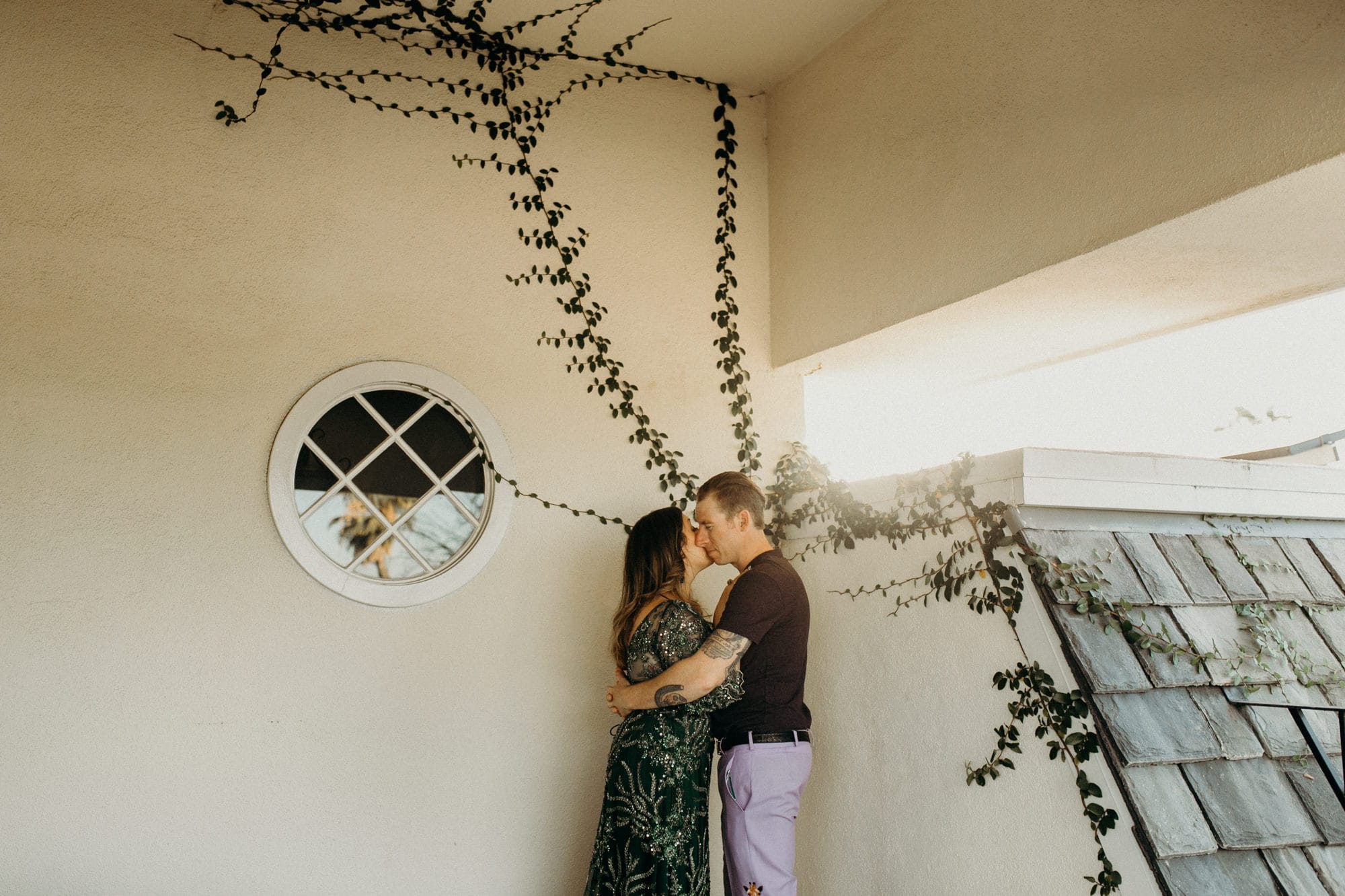 She Wore Green, He Wore Purple in this Penfield Mansion ‘Til Death Do Us Party 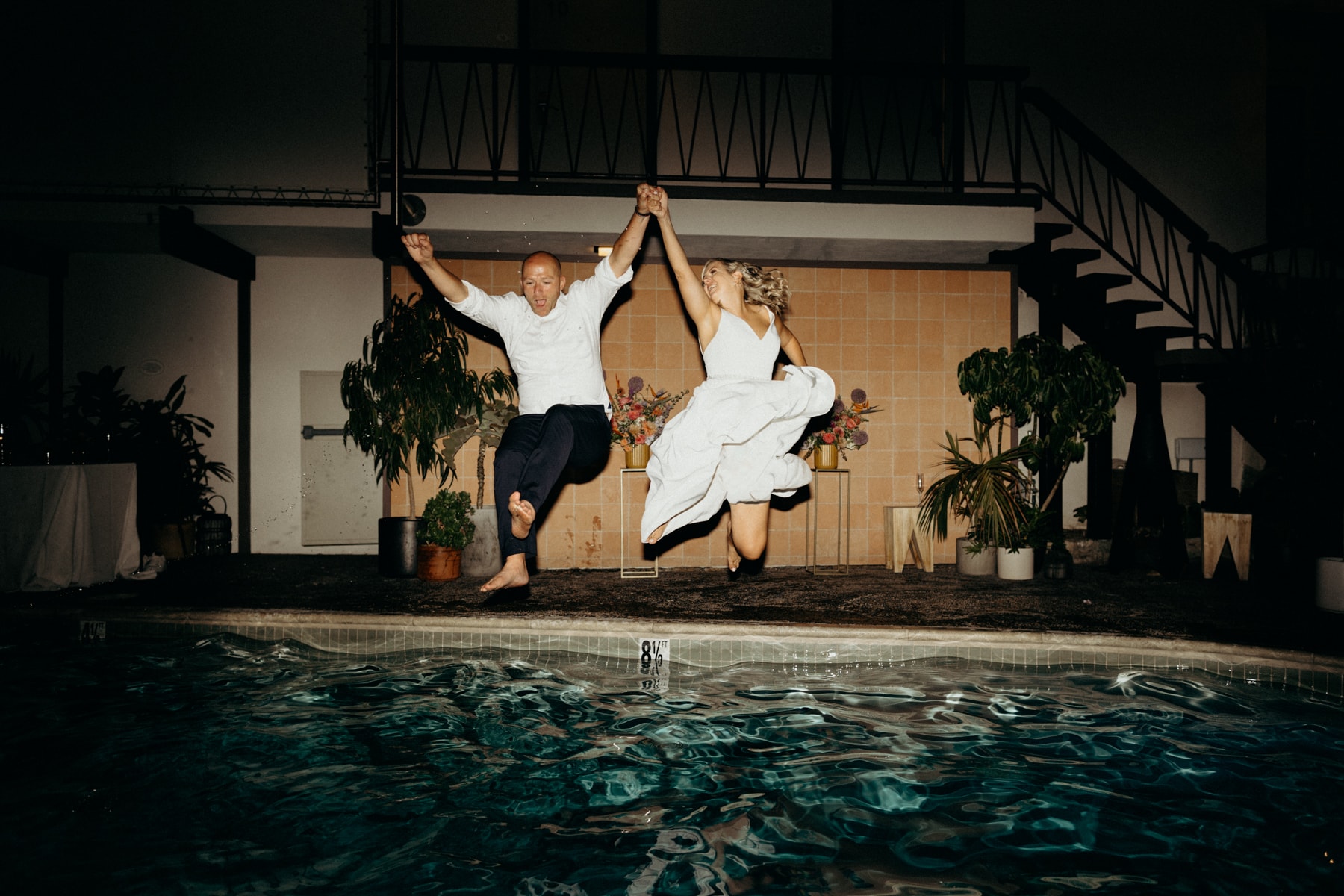 A Mid-Century Style Wedding With Bright Florals And Synchronized Swimmers 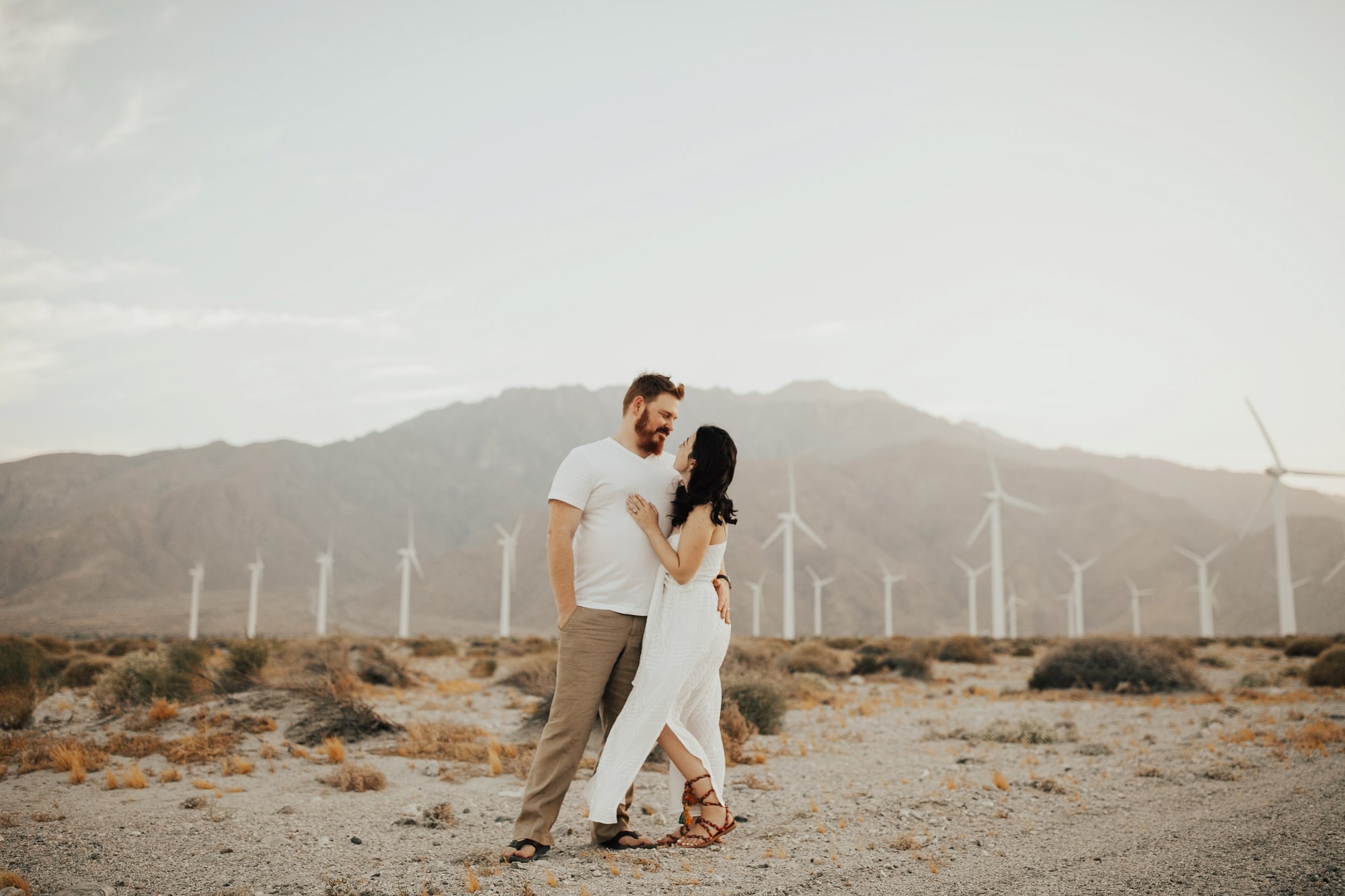